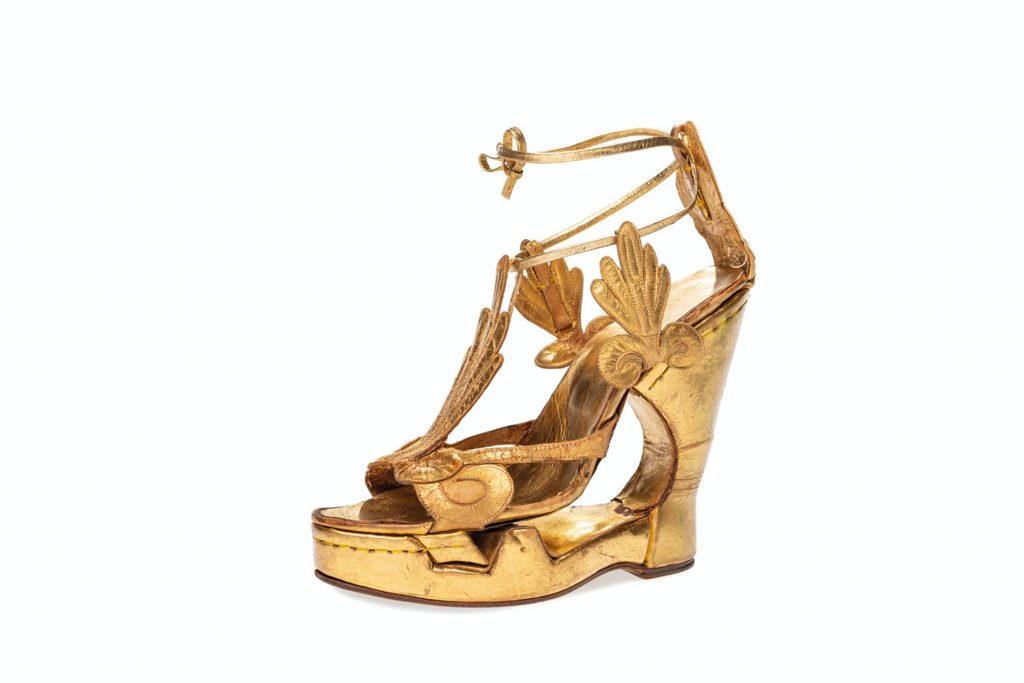 Worn by the Gods. The Art of shoemaking in the ancient world, the epic movie and contemporary fashion

The exhibition, set up at the Museum of Fashion and Costume in Palazzo Pitti, extended until September 20, 2020, traces an itinerary on the role and function of Roman shoes: from the sturdy spiked military shoes, to the sophisticated sandals of patrician ladies, which made the female foot seductive, to the sturdy men's shoes stopped with braided leather that enhanced the anatomy of the extremities. These artifacts, the work of skilled craftsmen, are illustrated in detail by ancient statues and later inspired copies created by skilled craftsmen for the characters in historical films and colossal sixties that evoked the life and costumes of imperial Rome. Later on, those shoes were revisited by famous designers, who interpreted the shoe as an accessory related to the dress, able to reflect the personality of the wearer, to show its character: from the provocative sensuality of the high heel, to the elegant dynamism of the low heel moccasin, from the minimal but not anonymous shapes and cuts, to the imaginative revisitation of ancient models, more imaginary than real. time: Tuesday - Sunday, 8.30 - 13.30 Florence Museums 055-290383