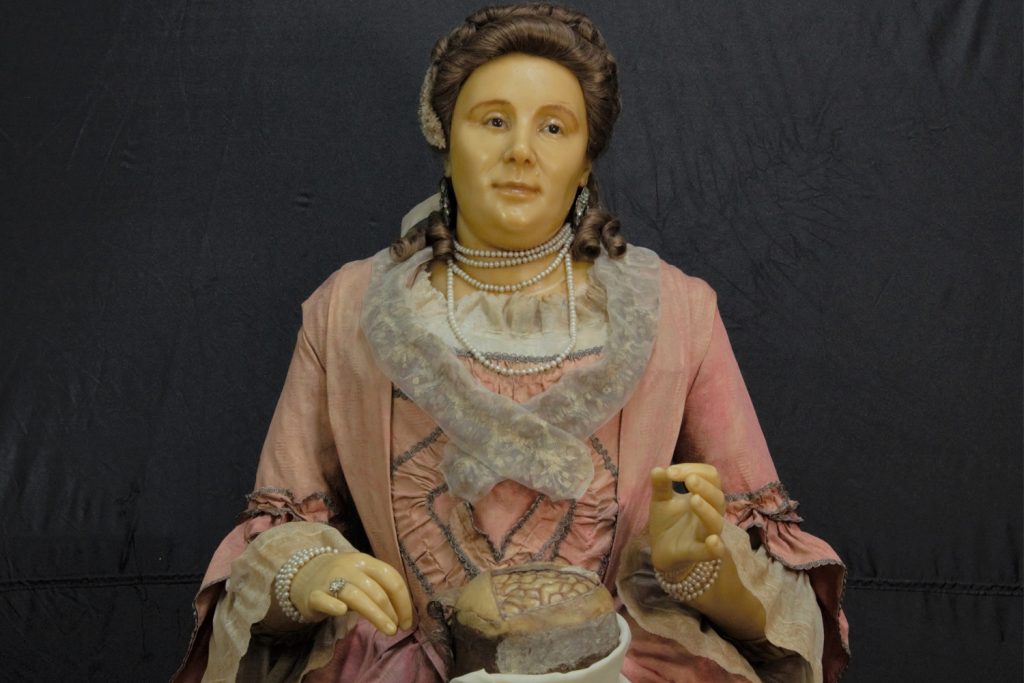 Truth and Illusion. Figures in Wax from the Eighteenth Century in Bologna

The Museo Civico d'Arte Industriale e Galleria Davia Bargellini and the Museo di Palazzo Poggi in Bologna host the exhibition Truth and Illusion. Figures in Wax from the Eighteenth Century in Bologna presenting wax works from the eighteenth century, a century that rediscovers that art and the complex techniques of execution, already known in classical and medieval times. In the last few decades, waxwork has aroused renewed interest for its unusual synthesis of craftsmanship, painting and scientific skill that depicts reality, captured in its tiniest details, to illusionistic vagueness. Waxes enhanced courtly portraits, devotional portraits or anatomical models created for didactic purposes, making the Bolognese school and modelling craftsmen famous. The skill consisted in mixing wax with colours in several layers, painted and embellished with the addition of other materials such as fabrics, glass, vegetable and natural fibres to achieve an effect of extreme realism and scenic impact. The works on display come from the collections of Bologna museums, city religious buildings and private collections. Museo Civico d'Arte Industriale e Galleria Davia Bargellini Strada Maggiore 44, Bologna Tel.+39 051 236708 museiarteantica@comune.bologna.it; www.museibologna.it Museo di Palazzo Poggi Via Zamboni 33 Bologna Tel.+39 051 2099610 sma.museizamboni33@unibo.it; www.sma.unibo.it ufficiostampabolognamusei@comune.bologna.it; www.museibologna.it