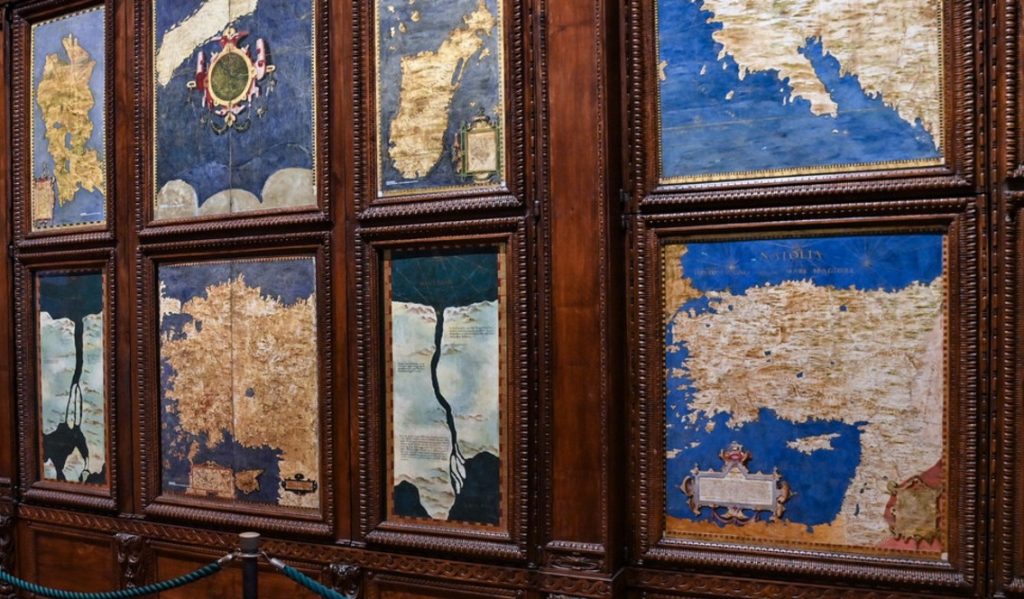 The Restoration of the Geographical Maps of Florence’s Palazzo Vecchio

The Sala della Guardaroba, originally intended to store the movable property of the court, preserves 53 oil-painted panels by two monks, Egnazio Danti and Stefano Bonsignori, inserted in the doors of cupboards. The pictures depict the lands and seas known in the 16th century, during the time of Cosimo I dei Medici, first Duke and then Grand Duke, with the intention of exalting the power of the Florentine household but also the close link between painting and science. The panels are embellished with gilded inscriptions, cartouches fantastic creatures and Medici insignia, which emerged during the restoration along with the original color scheme. In the center of the room is a large 16th-century globe, with a circumference of more than two meters, which will undergo on-site restoration. The collaboration between the City of Florence and the Museo Galileo will allow the installation of an interactive application of the entire room. Florentine Civic Museums Museum of Palazzo Vecchio Tel. +39 055 2768224 info@musefirenze.it