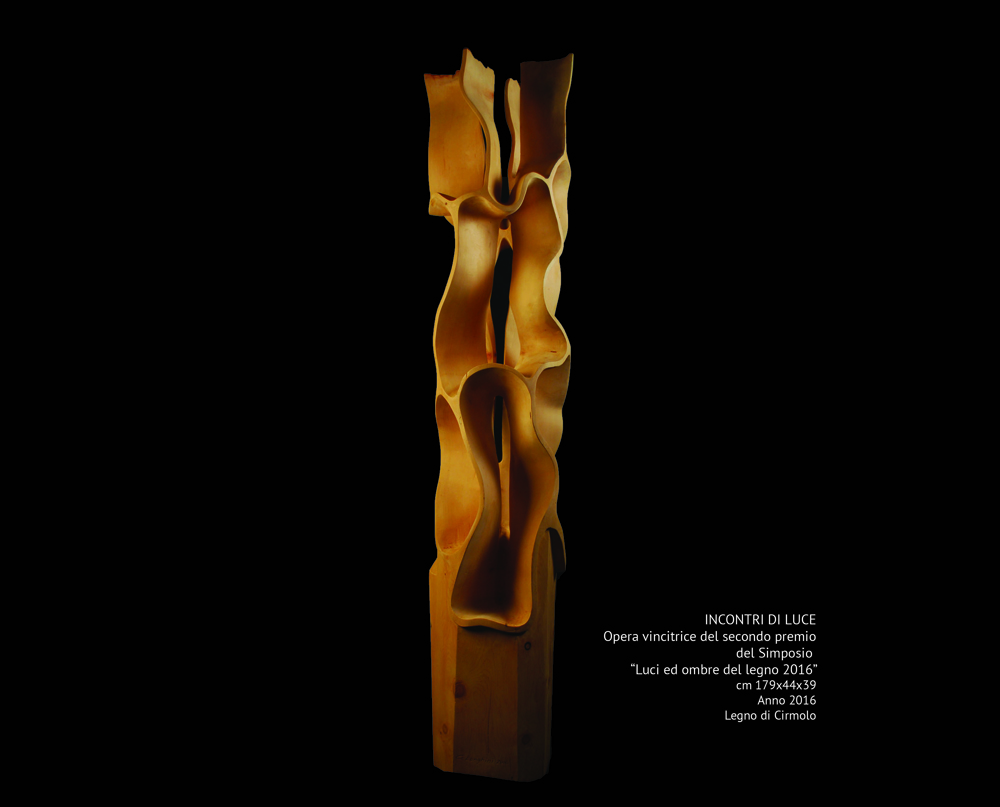 The Light and Shade of Wood.. A Travelling Exhibit

The exhibit aims to represent and make known the various expressions of wood carving through several major artists and a six-month-long journey across Italy from North to South, from Bolzano to Salerno. In May, the exhibition will be held in Southern Italy for the first time. On show, the four winners of the latest Simposio del Tesino where every year, in midsummer, nearly thirty international artists are invited for a week and carve wood in the streets and squares of four towns of the Trentino region, including the town of Strigno. Twenty-one original and fascinating works, which can be admired by tourists and locals alike. An innovative way to make a land known to a wider public through works of art. The exhibition in 2017 January 13 -  February 8 Trento - Palazzo Roccabruna  February 11 –  February 26 Borgo Valsugana (TN) – Spazio Klien March 3 – April 2 Silandro – Casa della cultura