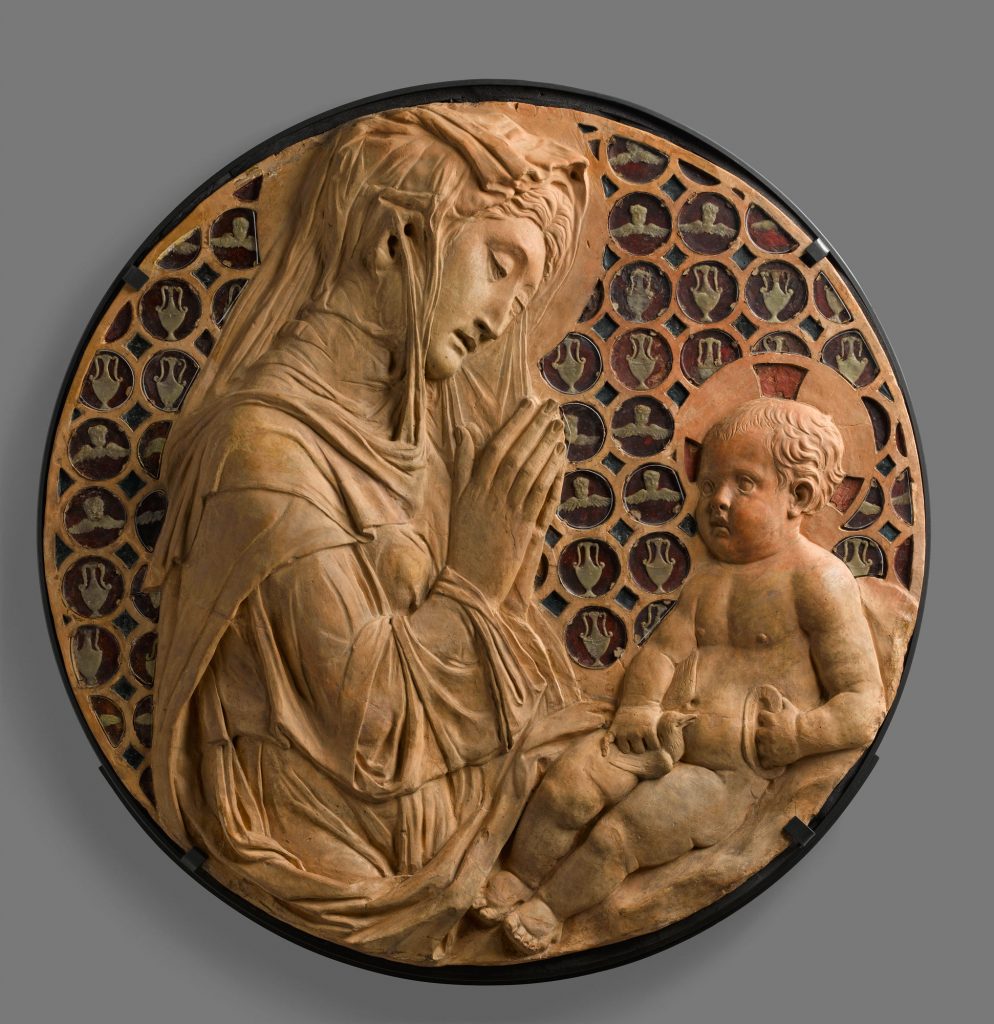 The great exhibition of Donatello in Florence

The exhibition Donatello and the Renaissance, which has just been inaugurated in Florence at Palazzo Strozzi and at the Museo Nazionale del Bargello, analyzes the artist's entire oeuvre in a chronologically broad historical and artistic context, which highlights the references to antiquity and medieval art. Moreover, Donatello, assisted by a lively workshop, paid particular attention to the expressive potential of materials other than the usual terracotta and marble, which subverted the traditional concept of sculpture. A singular example is offered by the Madonna and Child, a terracotta dated around 1440, preserved in the Louvre Museum (inv. rf 3967), commonly called Madonna Piot, from the name of the collector who bought it in Florence in 1857. The background is made up of medallions that alternate the form of amphorae and cherubs, made with white wax on a dark red base, introduced into alveoli made from clay and closed with glass discs. The result was a shimmering effect that was opposed to but contiguous with the original gilding of the terracotta figures, with luminous effects similar to the precious metals and enamels of fourteenth-century goldsmithing, but it was also a refined solution for highlighting the depth of perspective, typical of fifteenth-century art. Palazzo Strozzi and National Bargello Museum until 31 July 2022, www.palazzostrozzi.org