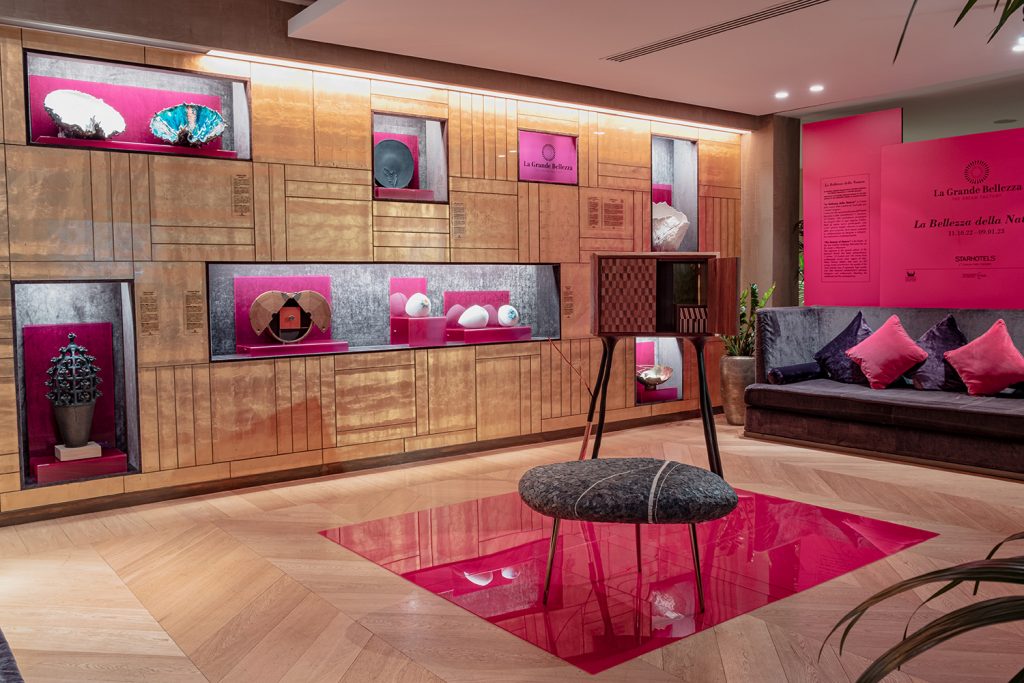 It is entitled Primitivo, the winning work of the second edition of the award wanted by Starhotels, born from La Grande Bellezza, a project of contemporary patronage to which the prestigious Florentine hotel group gave life in collaboration with Fondazione Cologni dei Mestieri d'Arte, Associazione OMA - Osservatorio dei Mestieri d'Arte and Gruppo Editoriale. The work, created by Andrea Bouquet, a refined cabinetmaker from Turin, was chosen by Elisabetta Fabri, President and CEO of Starhotels, from among the 10 finalists indicated by the Jury, which included important names from the world of international design and architecture, such as Stefano Boeri, President of Triennale Milano, Marva Griffin Wilshire, founder and curator of SaloneSatellite, Barnaba Fornasetti, creative director of Fornasetti, and Sara Ricciardi, designer and Art Director of Starhotels La Grande Bellezza collections. 164 submissions from artisans between the ages of 22 and 85, active in every region of Italy. Many historical ateliers participated, as well as young masters: the quality of the proposed works is very high, where the collaboration between designers and artisans often appears, between tradition and contemporaneity. Numerous techniques are used and materials are in the field: terracotta, ceramics and porcelain remain among the first positions for the realization of decorative and furnishing objects that can be well reconciled with the hotel sector, but also fabric, carpets, iron and copper, felt, paper, plaster and scagliola, wood, polycarbonate. Also for this edition, the first-place winner received a major cash prize in the amount of €10,000. All the finalist works of the prize, this year dedicated to the theme The Beauty of Nature, are featured in an exhibition at the Rosa Grand Milano - Starhotels Collezione hotel until January 9, 2023.