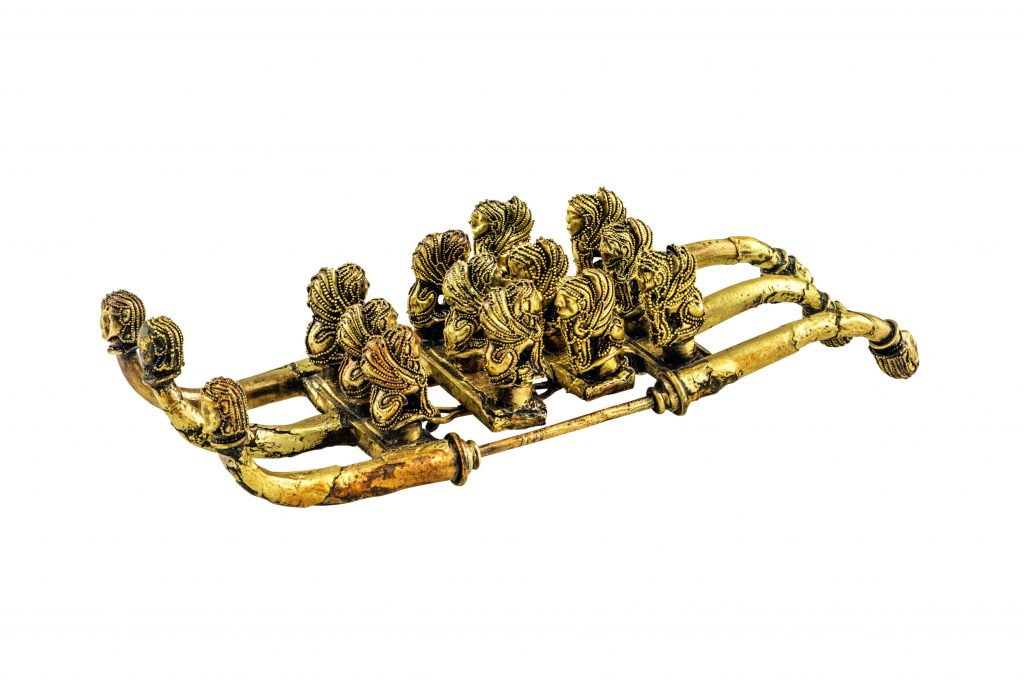 The Etruscans at the National Archaeological Museum of Naples

Etruscan art and craftsmanship are the protagonists of an exhibition visible until May 31, 2021, at the MANN in Naples. About 600 works of various types offer an evocative story of this people who settled in the lands of Campania and the Mediterranean panorama from the tenth to the sixth century BC. The artefacts conserved and acquired by the Neapolitan Archaeological Museum, together with finds from the Roman Museum of Villa Giulia and the funerary discovery of the Bernardini Tomb in Palestrina, present a selection of precious objects, often unpublished, made of bronze, such as a cantilevered fibula with small sculptors in the shape of ducks in the centre, or gold and silver jewellery, including a cantilevered decorated cup describing a hunting scene, or another cup depicting armies of soldiers in a naturalistic landscape. Among the particularly evocative objects, due to their formal elegance and granulation technique, an art in which Etruscan goldsmiths excelled, there is a buckle (affibbiaglio), dating from the 7th century B.C., made of bars, decorated with seated sphinxes and female heads at the ends.