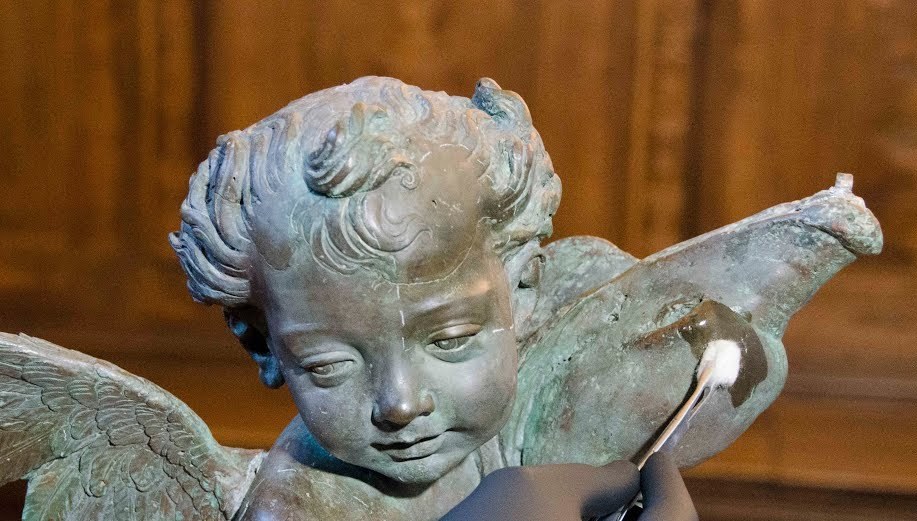 At Palazzo Strozzi, the exhibition Verrocchio, Master of Leonardo(open until 14 July 2019) presents the Winged Boy with Dolphin (1470-1475). The small bronze statue, preserved in the Florentine Civic Museums, has been carefully restored, with the support of the American “Friends of Florence” Foundation, to remove traces of limescale due to the sculpture’s having been for centuries part of a fountain, first in the Villa di Careggi then in Palazzo Vecchio, but also to remove of layers of patina and veiling due to previous restorations. The delicate intervention allowed new investigations to be conducted into the technique used by the artist in the preparation of the raw materials and in the casting. The work, commissioned by Lorenzo il Magnifico, has regained all its original beauty but also the spontaneity of the putto, poised on a stone, playing with a large fish, confirming that in the art of Verrocchio, sculptor and goldsmith, the elements of classical derivation were combined with Renaissance innovations.