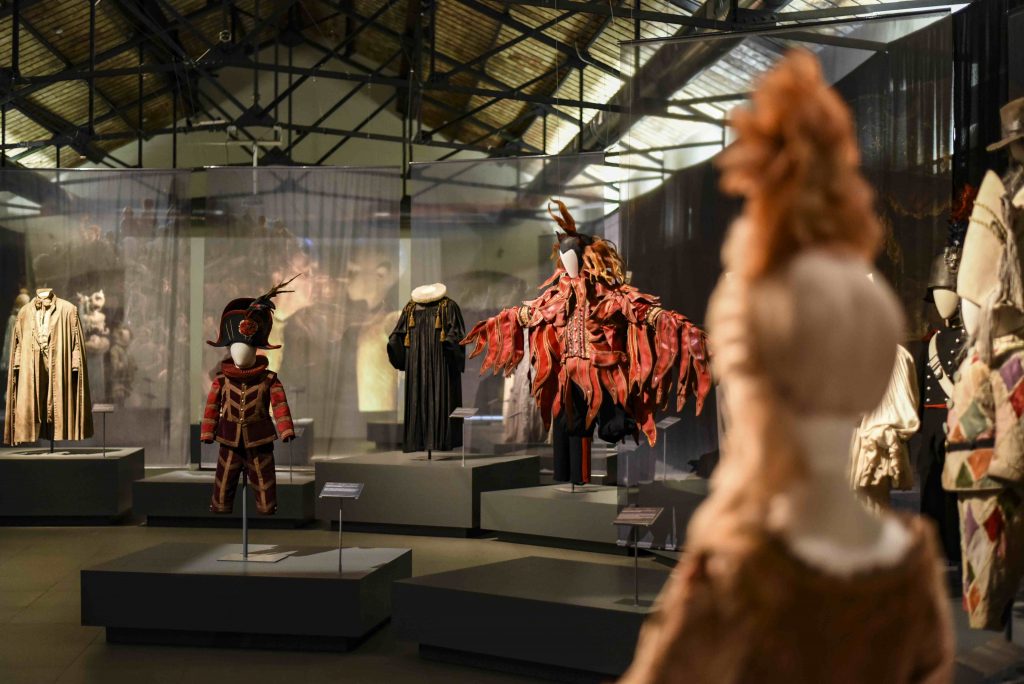 The Museo del Tessuto di Prato presents, until October 25, 2020, sketches and about 30 dresses designed by Massimo Cantini Parrini for the film Pinocchio by Matteo Garrone and made by Sartoria Tirelli, the historical company Costumi d'Arte Peruzzi, started in Florence in the early nineteenth century and then moved to Rome, and Cospazio 26. The clothes reveal the lively creativity of the costume designer trained at the Istituto d'Arte di Porta Romana, at Polimoda until he graduated from the University of Florence. Over the years he has become a careful collector of antique clothes, which are a constant source of inspiration and comparison for the creation of film and theatre sets, for which he has received important awards, the David di Donatello. There are costumes created for the traditional characters of Collodi's fairy tale, including lesser-known figures from the story, such as the imposing, grotesque Snail, faithful collaborator of the Blue Fairy, who alludes, with her natural slowness, to knowing how to wait, holding back the impatience that distinguishes Pinocchio.