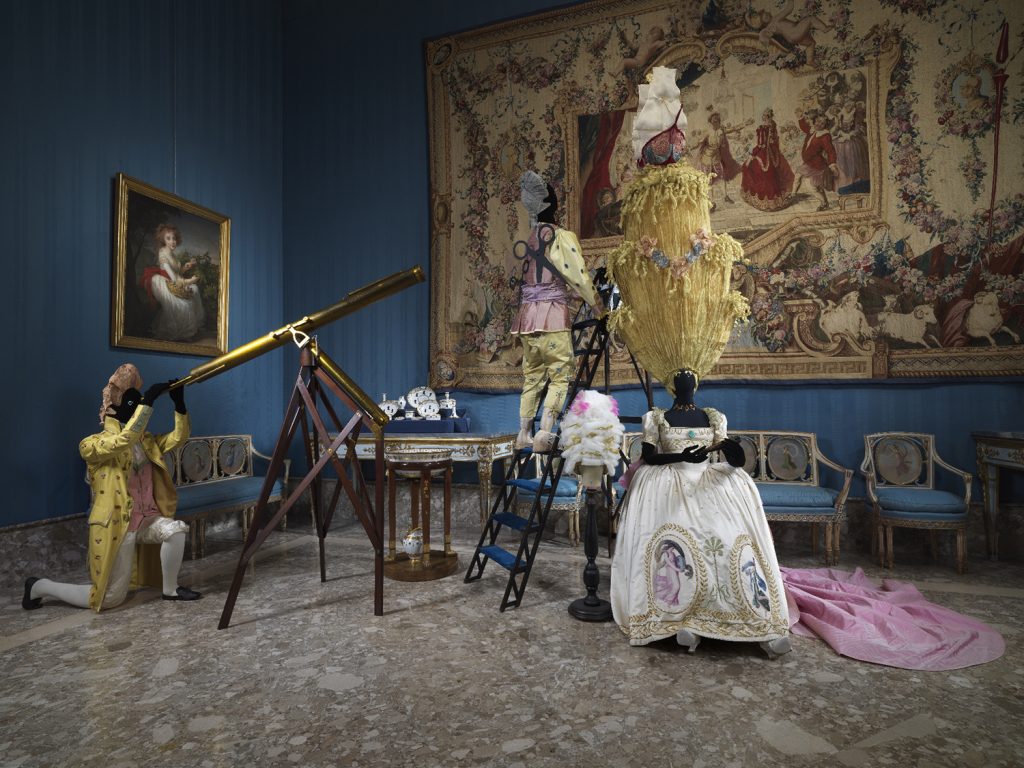 The exhibition curated by Sylvain Bellenger, General Director of the Capodimonte Museum and Royal Woods, winner of the MAM- Maestro d'Arte e Mestiere special prize in the Heritage category, as a Supporter of Excellence in the Métiers d'Art, opened in September and will remain open until early April. The Royal Apartment of the Reggia di Capodimonte, thanks to a set designed by the artist Hubert Le Gall, is the exceptional stage on which the Teatro di San Carlo in Naples and the porcelain of Capodimonte are staged. The installation tells a real fairy tale that allows the visitor to immerse himself in an enchanted and timeless world. Each room has a theme: Egyptomania, chinoiserie, sacred and profane music, power and the succession of dynasties, the Grand Tour, Vesuvius, Pulcinella, the irony of the wigs of the 18th century and many others. All these themes are told through an exhibition of 300 porcelains from the Royal Factories of Capodimonte and Naples. Visitors will be able to admire more than 150 costumes from the Teatro di San Carlo wisely selected by the director of tailoring Giusi Giustino, musical instruments from the Conservatorio San Pietro a Majella in Naples, paintings, objets d'art and furnishings, as well as taxidermied animals preserved at the Zoological Museum. The music, selected by Elsa Evangelista with the commentary of Alessandro De Simone, the true leitmotif of the exhibition, will be a true guide for a multi-sensory journey inside the Royal Palace which will be transformed into a theatrical performance. The exhibition has been realized in collaboration with the association Amici di Capodimonte onlus, with the production and organization of the publishing house Electa.