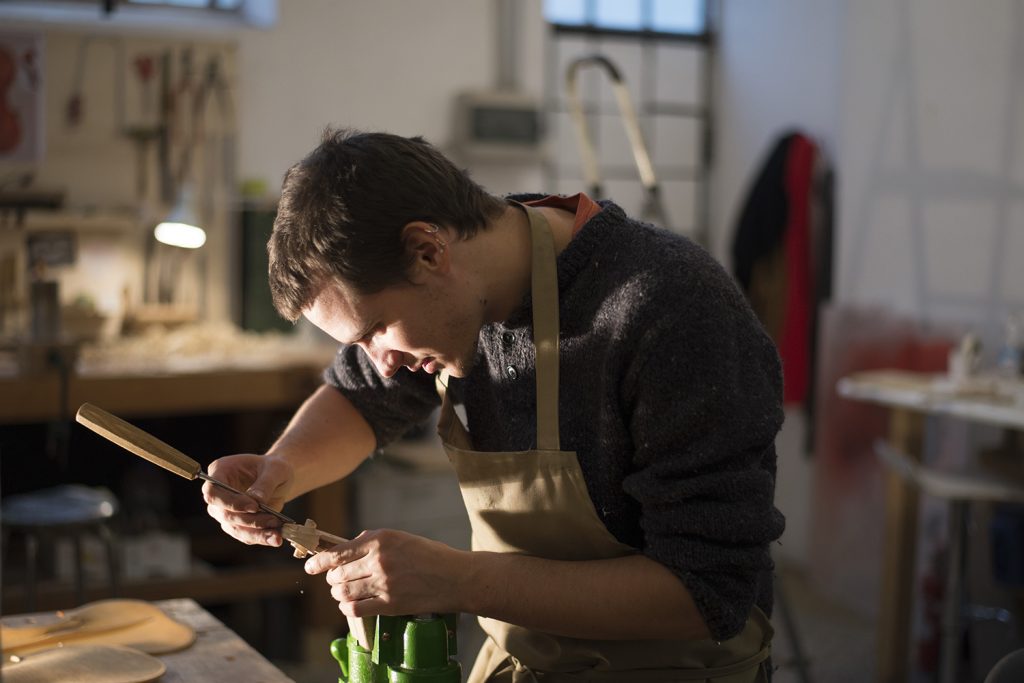 The young Milanese luthier Stefano Bertoli, with 2259 votes, is the winner of "Artigiano del Cuore 2020". Thanks to the votes obtained by the Wellmade community, Stefano will be able to realize his project at the end of the fundraising, which the Fondazione Cologni dei Mestieri d'Arte will organize on the platform Rete del Dono. "Artigiano del Cuore" is an initiative of Wellmade, the community of lovers of beauty well done, created to raise public awareness of the importance of the figure of the artisan in Italy and the urgency of a generational change in this sector, using social communication channels and an original and interactive narrative. The project is promoted by Fondazione Cologni dei Mestieri d'Arte in collaboration with Fatti ad Arte, with the contribution of No Panic Agency and Pavyro. For 2020, the competition has decided to offer a concrete help: a fundraising campaign to constitute a donation of up to € 5,000, in order to support the activity of the winning artisan. On Monday 6th July the campaign started and it is therefore possible to make a donation through the crowdfunding platform the Rete del Dono.   Anyone can contribute without having to register on the site, by bank transfer, credit card, PayPal or Satispay. The 5.000€ will be used to finance the realization of a G-shaped leg violet in precious walnut wood, as requested by the winner during the bidding process, helping him to face an expense otherwise impossible to sustain in such a difficult and uncertain moment. The campaign will end on Monday 31 August. Should the amount not be reached within the set deadline, the Fondazione Cologni reserves the right to extend the duration of the campaign. As in previous editions, the winner of Artigiano del Cuore will also have the opportunity to exhibit free of charge at the event "Fatti ad Arte", an event dedicated to high artistic craftsmanship that will be held in Biella on 23/24/25 October 2020, inside the prestigious Historical Houses of Piazzo, the historic district of the city, naturally in full compliance with current safety measures. www.artigianodelcuore.it