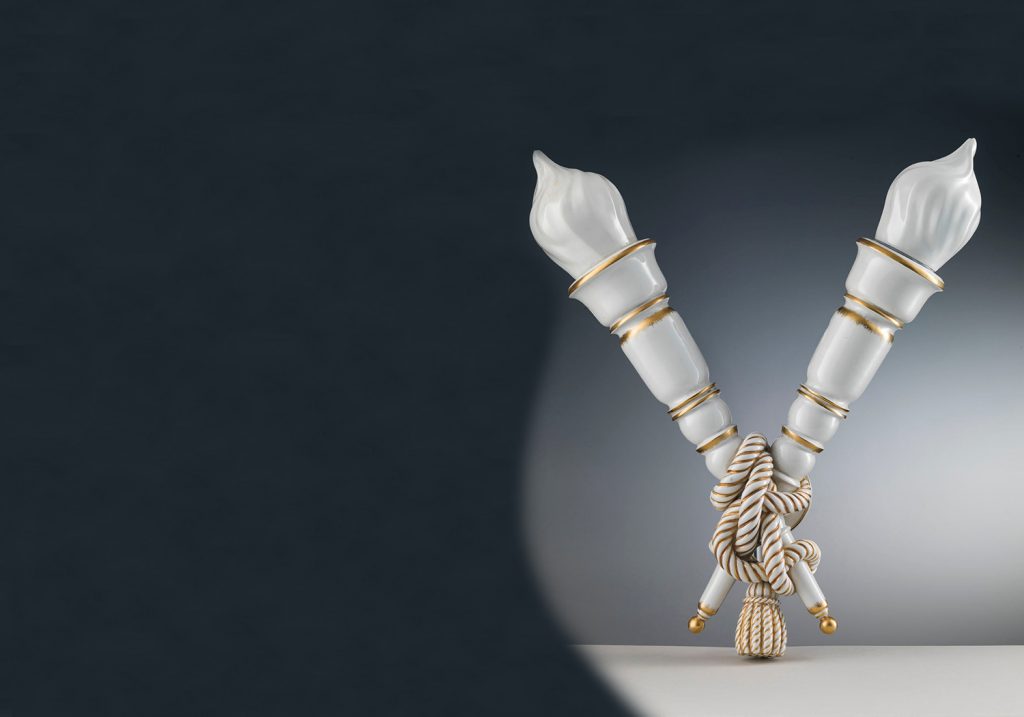 Three works of the Museo Ginori under restoration

The XIV volume of the magazine Quaderni dell'Associazione Amici di Doccia Quaderni presented in Florence on March 28, 2022 in the Library of Michelozzo in the Convent of San Marco in Florence, is dedicated to Ginori porcelain preserved in the Poldi Pezzoli Museum in Milan and the Correale di Terranova Museum in Sorrento. On that occasion, the restoration of three works of the Museum was announced, made possible by the collection of funds obtained from the auction of jewelry created by the students of LAO, Le Arti Orafe, with fragments of porcelain of the manufacture. Two large plaster casts depicting the same subject Hercules and the Nemean lion, taken from a work by Pietro Tacca, the only testimony of the mythological subject, and from another by the sculptor Stefano Maderno, made in bronze. It will also be restored a very rare pair of porcelain torch-shaped wall lamps, one damaged and one in good condition, designed by Gio Ponti in the second half of the 1920s, an example of the synthesis between art deco and classical citation. ASSOCIAZIONE AMICI DI DOCCIA via dei Benci n 1 – 50122 Firenze info@amicididoccia.it www.amicididoccia.it