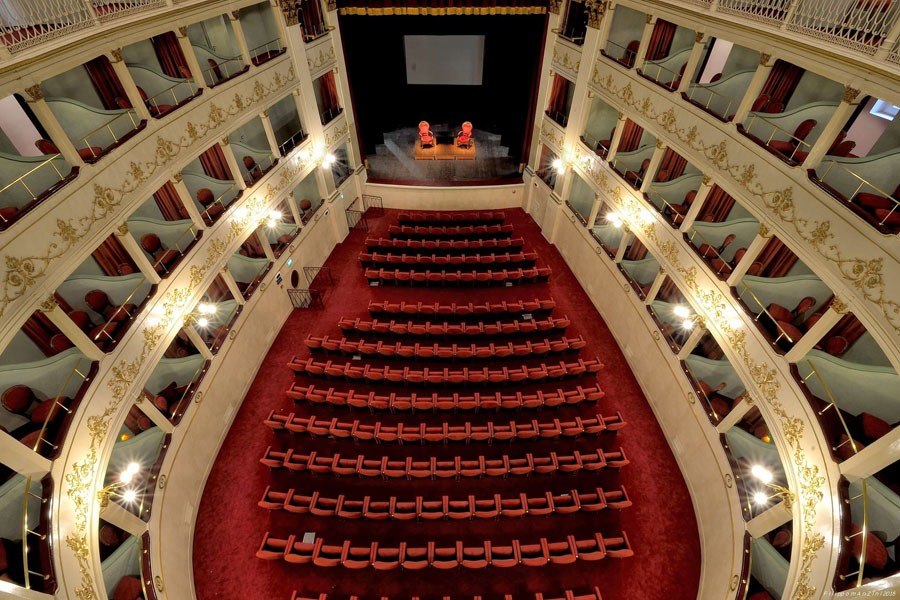 The Niccolini, the former Teatro del Cocomero (Watermelon Theater), is Florence’s oldest theater (it was built in 1650) and one of Europe’s first “modern” theaters. After twenty years of inactivity and careful restoration works financed by Florentine entrepreneur Mauro Pagliai and carried out by specialized local workers, the theater recently reopened to the public as a multipurpose cultural facility. In the ‘70s and ‘80s, it was the city’s major drama theater, where actors of the caliber of Vittorio Gassman, Carlo Cecchi and Carmelo Bene performed. The theater’s season, featuring prestigious names and performances, is operated by Teatro della Toscana Foundation. The Opera di Santa Maria del Fiore Museum offers a special tour which includes the Niccolini Theater.