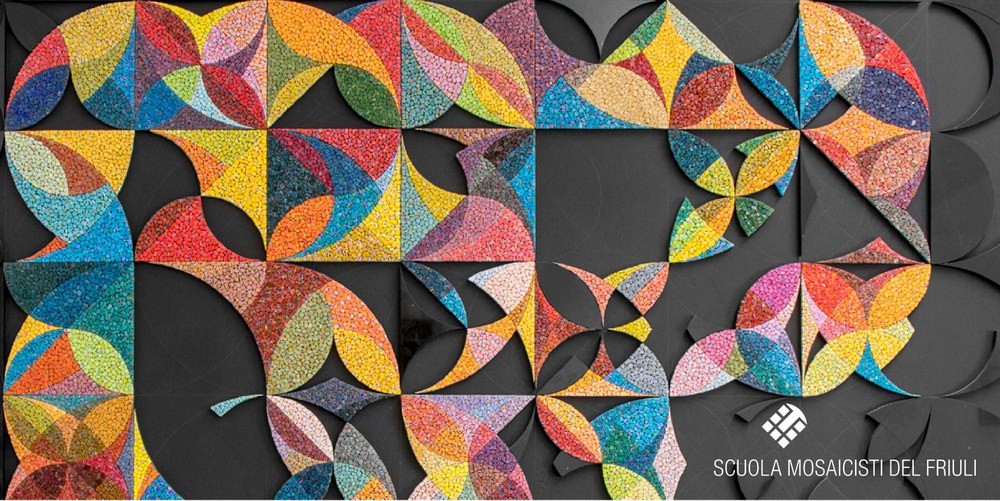 The exhibition "Mosaico&Mosaici" was inaugurated on July 26th at the Scuola Mosaicisti del Friuli in Spilimbergo (PN) featuring a significant selection of the works realized during the school year by students of the Institute. Founded in 1922, the Mosaic School focuses on didactic commitment, the association between tradition and renewal, and between productive and cultural reality: not only training, but also promotion and valorization of the ancient art of mosaics and of the mosaicist's craft. This year's theme is the open dialogue between past and present, between historical heritage and artistic research. Emblematic works selected from the history of art and mosaics were taken as models, not for making mechanical reproductions, but as an opportunity for study and as an inspiration for expressing a contemporary conception of the image, new points of view and visions.