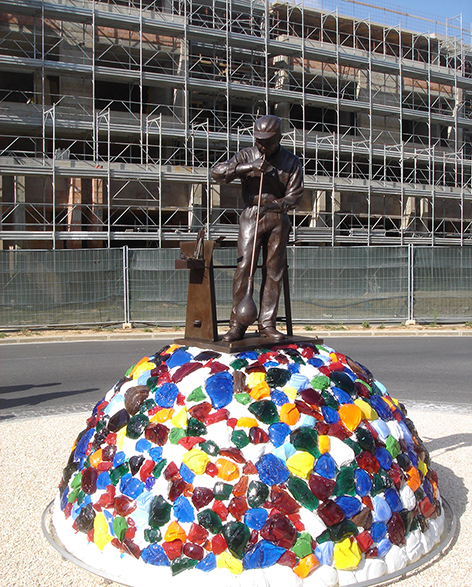 A monument to the master glassblower

Montelupo Fiorentino celebrates the age-old tradition of glassmaking, begun in the nearby village of La Torre in the seventeenth century, and dedicates a statue to the figure of the master glassblower, the protagonist of an activity that, together with ceramics and terracotta, has always distinguished this town of the lower Valdarno. The bronze statue created by sculptor Piero Bertelli, cast using the lost -wax technique, has been donated by the Vetreria Etrusca company. It depicts a master glassblower standing on a convex base composed of fragments of colored glass, an allusion to the structure of a furnace and to the chromatic intensity of Murano glass which, especially in the 20th century, greatly influenced the production of the Empoli area.