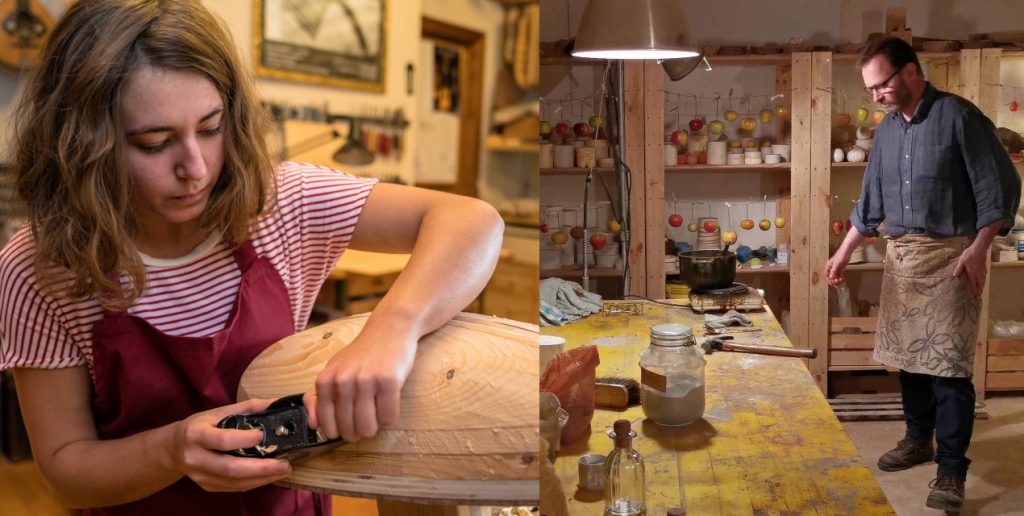 Nine excellent projects that with creativity and courage look beyond the crisis: this is the most important result achieved by the "Master Craftsman Award," in its second edition. Promoted by the Fondazione Cassa di Risparmio di Biella in collaboration with the Associazione Fatti ad Arte and with the support of Gal Montagne Biellesi, the Award was created with the intent of supporting the area's Master Craftsmen at a time of deep crisis. An 'edition expanded in content and collaborations, demonstrating the value of the Prize as an important tool for the promotion of Artistic Craftsmanship in the territory and at the same time a contribution to support and sustain the activities of the many workshops that in the Biellese testify to the value of the craftsmanship, which Biella represents as a Unesco Creative City precisely for crafts and folk art. With this in mind, the Award wanted to be inspired by the goals of the UN 2030 Agenda, especially issues related to sustainability. The Commission composed of important experts in the world of Italian artistic craftsmanship, including Fondazione Cologni, expressed its opinion as follows: winner of the prize of € 4,000.00 in the Senior category Davide Furno with the project "A new Italian Pomona"; winner for the category New Openings with a prize of € 2,500.00 the young luthier Carolina Venturin (27 years old) with the project "Modern craftsmanship between tradition and innovation"; special mention for the Network of artisans: Nicola Artiglia with the project "Courses and Paths."