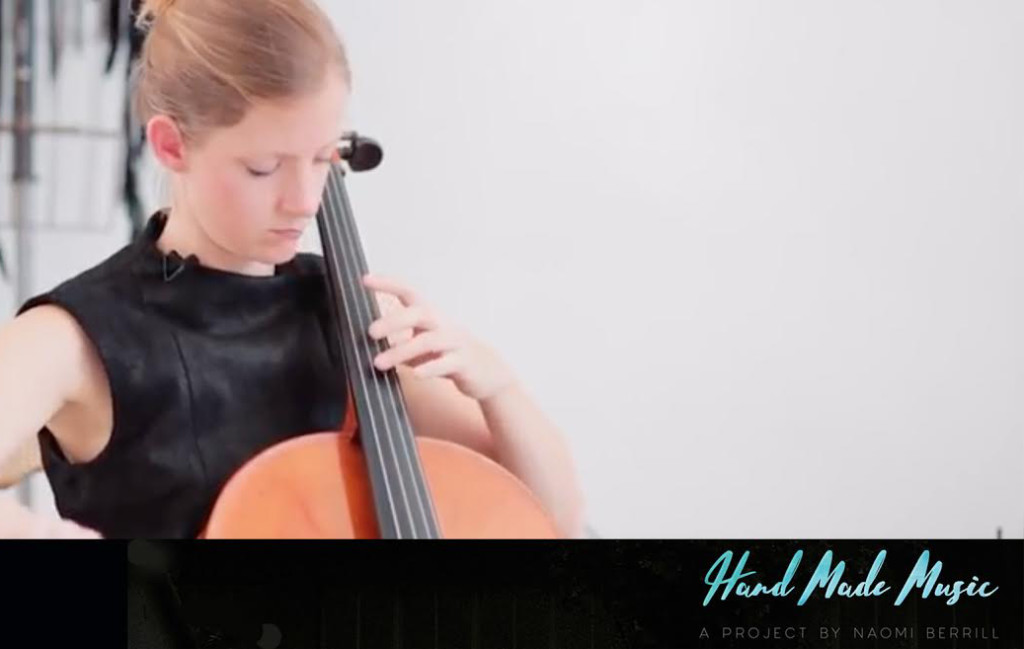 The new album by Naomi Berrill, an Irish singer and cello player (and multi-instrumentalist) who lives in Florence, will be released in April 2017. Owing to the contribution of Region Toscana within the “100 band” project, Naomi Berrill has been able to produce a video that precedes the release of her album. Inspired by music’s relationship with manual ability and craftsmanship, Home Made Music is a video in 12 stages set in 12 different Tuscan craft shops, including Mazzanti Piume (the only heir to the feather manufacturing tradition, Florence), Stefano Bemer (considered to be one of the world’s best shoemakers, Florence), Fondazione Arte della Seta Lisio (which carries on age-old silk weaving techniques, Florence), Craafts (handmade haute couture accessories, Scandicci), Memar (a Tuscan hat factory established in 1903) and many other fascinating places in Florence’s Oltrarno.