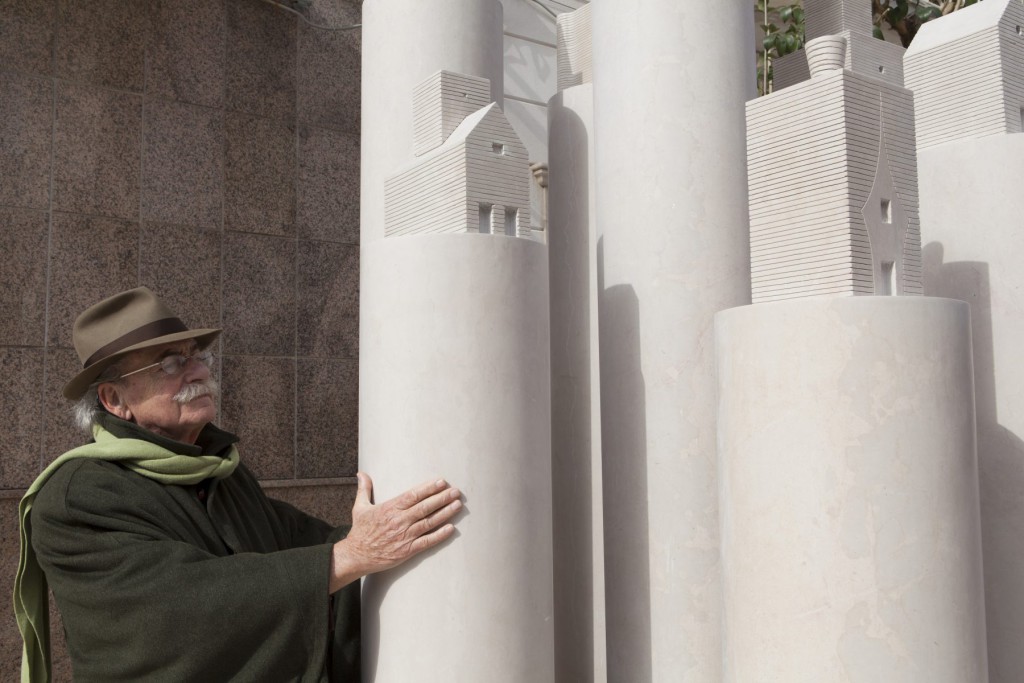 Ugo La Pietra has left his mark again. This time, in Apricena (in the province of Foggia), where he has created the public work "Dalle cave all'architettura"("From quarries to architecture") in the "Madre Pietra" Parco Museo Sculture. Set in the old town center of the Apulian city, this installation highlights the historical resources of this area, that is, the so-called "Apricena stone" quarried on the outskirts of the city. The large columns stand on a chiseled base, which alludes to the phase of the stone’s extraction from the quarry, and are smoothly polished in the upper part, thus referring to the transformation of the material due to the craftsmen’s work, while at the top micro-architectures design a landscape. Ugo La Pietra, a tireless experimenter and researcher in the vast fields of urban planning and applied arts, explains his latest artistic effort: “This work conveys a concept I have repeatedly outlined and presented in my writings, studies and artworks, namely, that of an art of the territory, capable of starting from local resources to impart an identity to the place in which it stands and to which it belongs.”