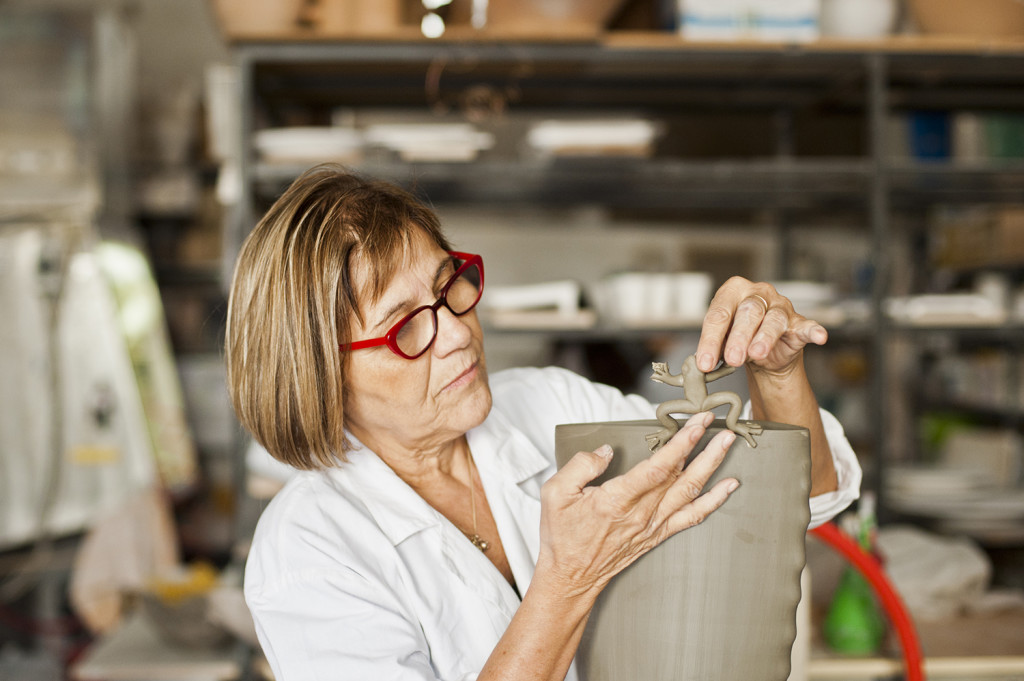 Inaugurated on 22 June, ceramist Mirta Morigi’s solo show entitled Dalla Sorgente al Blu can be visited at the Rocca of Riolo Terme (Province of Ravenna) until 22 July. The evocative title immediately conveys the poetics that inspired this artisan in the realization of her works: from the river to the sea, the blue expanse of water and its habitat have become Mirta’s favorite subjects. The projects born and developed over the years reflect the strong bond that the Maestra has with her territory, the peculiarities it offers, the colors and sensations. The fauna is typical of the banks of the Senio River, with toads, owls, caterpillars, butterflies, but also that diffused in the sea, from octopuses to starfish, from fish to shells. Works in line with tradition, but with a view to the future. www.mirtamorigi.it