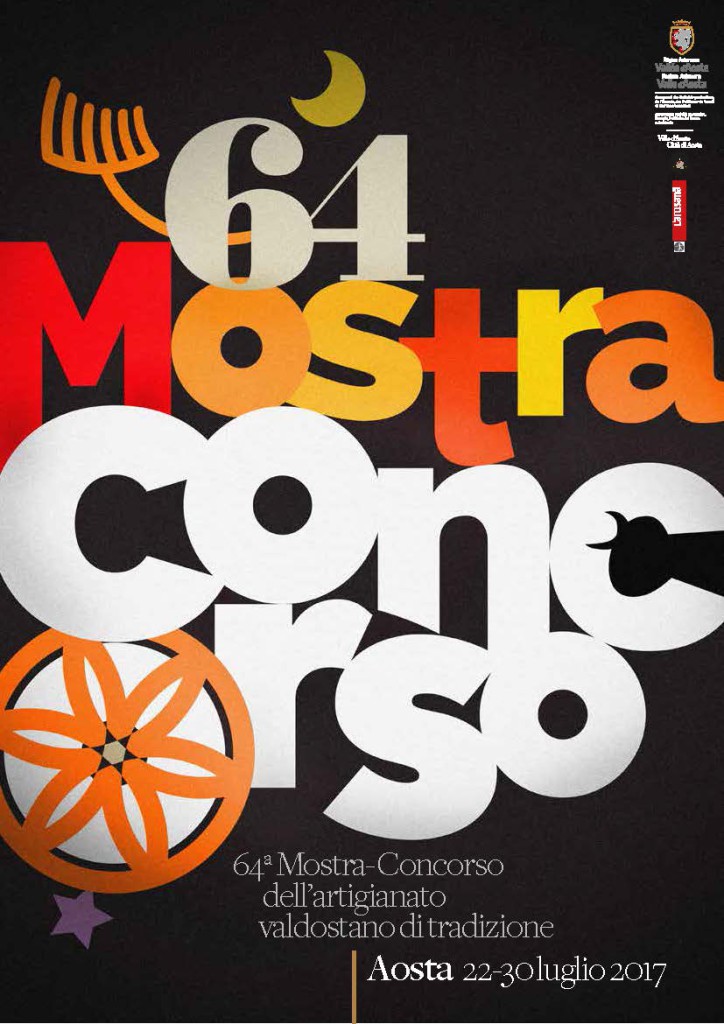 The 64th Exposition Competition of the Traditional Crafts of the Valle d’Aosta will be held 22 - 30 July 2017 in Aosta. The exposition competition was originally conceived, in 1954, as a contest for sculptors only. After a few editions held in Saint-Vincent and Courmayeur, the exposition competition moved to Aosta and, from the twentieth edition, was expanded to encompass the other sectors of traditional crafts of the Valle d’Aosta: carving, turning, agricultural objects, weaving, leatherwork, wrought iron, toys, furniture, costumes and typical footwear. For each edition, the Regional Administration proposes the competitive themes for each sector, themes to which the craftsmen apply their talents after a patient phase of study. For more informations, click here.