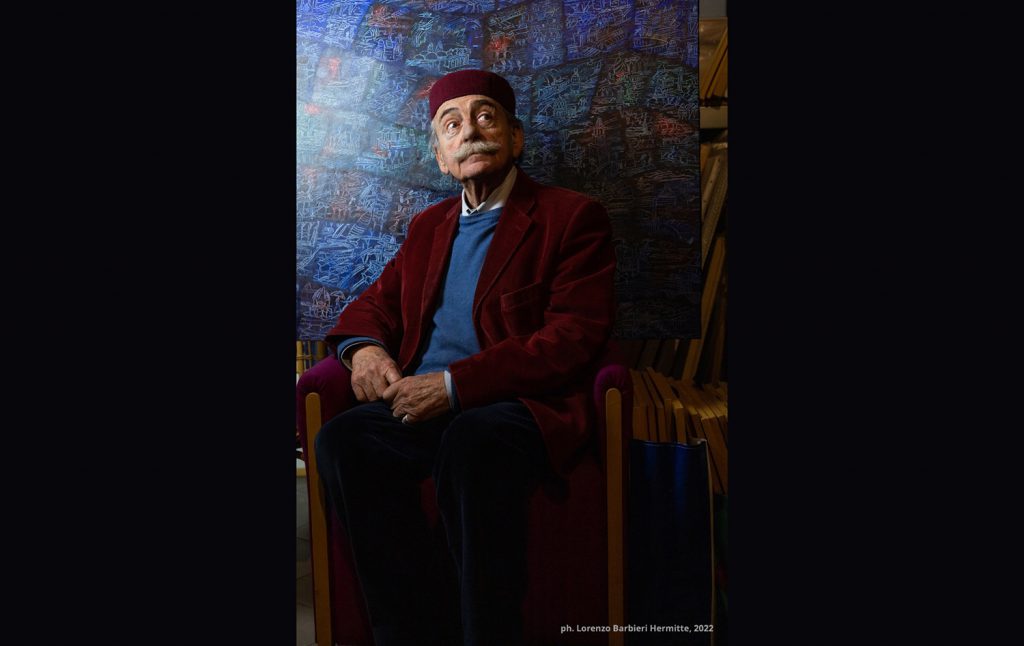 As a tradition, the Bugatti - Segantini is confirmed as the cultural event that opens the summer in Nova Milanese. The event was organized by the Free Academy of Painting "Vittorio Viviani," with the patronage and contribution of the City of Nova Milanese and the support of the Rossi Foundation. This year it reaches its 63rd edition, confirming itself as one of the longest-running art awards in Lombardy and Italy. For this edition, the lifetime achievement award was given to Ugo La Pietra, a well-known artist, architect and designer, experimenter and researcher in the system of communication and visual arts. La Pietra, born in 1938, has developed his research in his activity by crossing different disciplinary fields, always keeping alive the practice of drawing and painting. On the occasion of the award ceremony, a solo exhibition was held at Villa Brivio, entitled Ugo La Pietra. Painter of signs, curated by Flaminio Gualdoni. Ugo La Pietra continues today to pursue his creative and research activity, committed as ever to decoding and communicating signs of our civilization, and is convinced that, outside the orthodoxy of art and design, there is fertile ground in which creativity can be put at the service of the community. ph. Lorenzo Barbieri Hermitte