The art of decorative binding

Since the 1400s, printers have been creating such items as lunar calendars, playing cards, holy cards, edicts and notices, and also Florentine paper.

As a typical Florentine product, decorated paper only emerged around the end of the nineteenth century, after the great burgeoning of the 18th-century French woodcut technique and the influences of early 19th-century English production.

In the 1920s, there was also a strong influence from the emerging Art Nouveau floral decorations, which in addition to depictions of popular regional motifs, began to characterize much of the Florentine work.

Today most of the decorations on paper are produced industrially. However, there are still workshops that show the infinite possibilities for creating masterpieces of originality by hand. 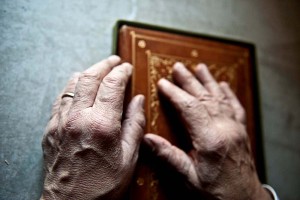 From the second half of the nineteenth century, with Pietro Giannini, the renowned family of Florentine master bookbinders has arrived today at the 6th generation, and are an important reference point in the production of marbled paper (Piazza de’ Pitti, 37/r).

The vellum bindings made by Pietro’s son, Giulio Senior, determined what is known in the history of Italian binding as the ‘Florentine style’, and for this reason, this skilled craftsman was dubbed the ‘King of Gold Leaf’.

Francesco Giannini is another noteworthy heir in the family that runs Il Papiro. Production is based in Florence but it has a number of stores in Europe and the US. Particularly specializing in the technique of paper marbling, it is one of the oldest and most traditional bookbinding workshops in Florence, and customers can personally experiment with paper techniques in the Grassina workshop.

Also related to paper crafting techniques, we should not overlook the production of art prints depicting views and maps, all very well received in local antique shops, and one of Florence’s many attractions.