The tradition of the scagliola technique

The technique developed in the late 1500s in conjunction with the fashion of inlaid stone and commesso in semi-precious stone.

There are many examples of this art in the Florence area, especially during the time of the Medici who loved this technique for non-sacred furnishings.

From the seventeenth century, the scagliola technique was used throughout almost all of Italy, finding its centre of gravity in Carpi and Modena.

The scagliola technique, originally called "meschia" or the more romantic "moonstone", is an artistic technique that is little known to date and often confused with work in semiprecious stone. It implies a different method and materials.

In building, scagliola employs the plaster used to refinish wall surfaces, or to make cornices and other protruding elements.

When the plaster is mixed with pigments and additives, it is capable of imitating very fine materials such as marble and semi-precious stone.

It is a type of plaster, selenite, that after a firing at about 130°C becomes drying plaster. By adding animal glue, water and finally pigment, the scagliola technique is achieved. The design can be etched into the marble surface with some depth. The meschia is then applied to the grooves and then finally smoothed. This can be done with walls, floors, cornices, columns, table tops and frontals. 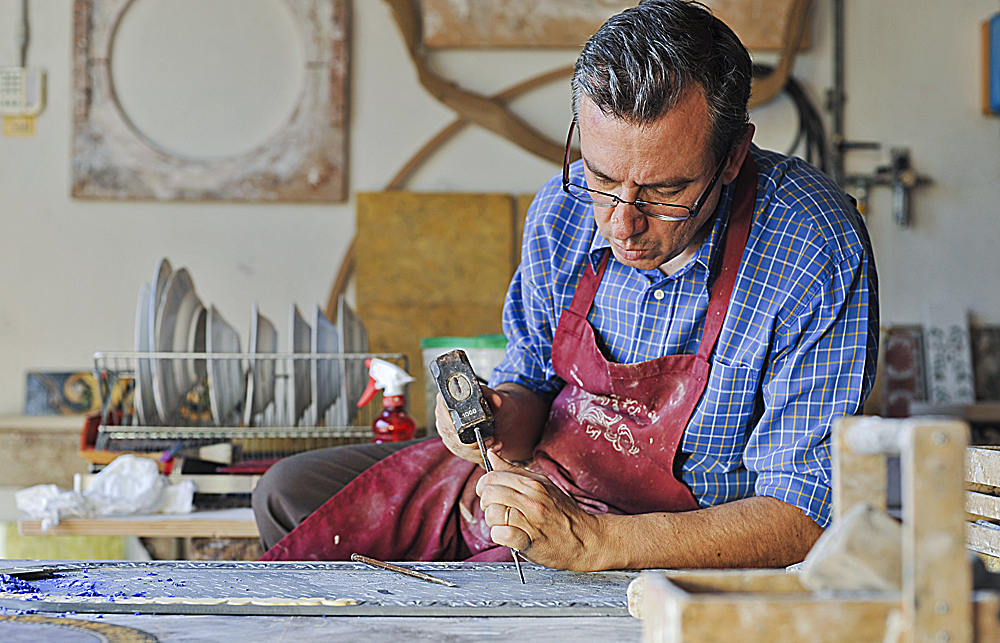 The art of scagliola is a traditional method of creating imitation marble and semi-precious stones. It is, thus, the art of creating inlaid works by mixing colored pigments, natural glues and selenite powder with water. It is a technique that became very popular in the 1600s and enjoyed a revival in the 1940s thanks to […]